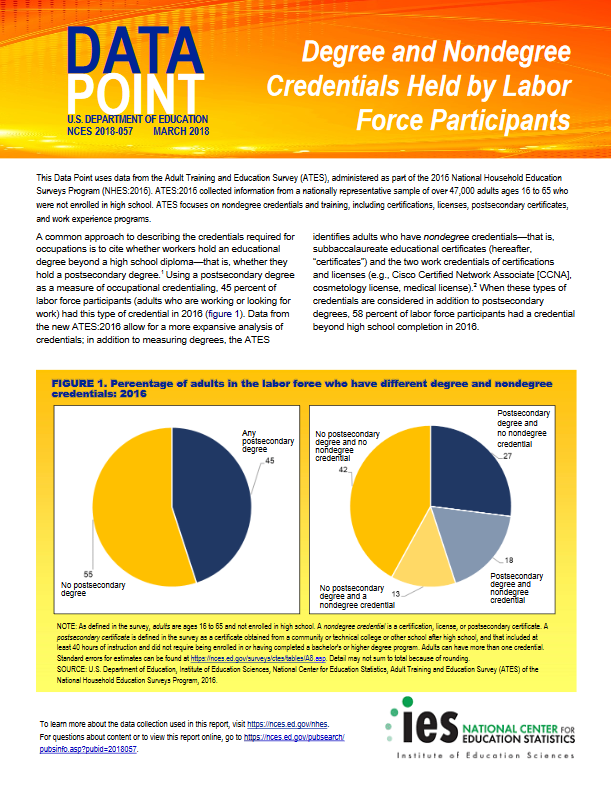 This report from the National Center for Education Statistics examines the extent to which adults who do not have postsecondary degrees have other nondegree credentials, including postsecondary certificates and occupational certifications and licenses. The report draws upon data from the Adult Training and Education Survey (ATES), which sampled over 47,000 adults ages 16 to 65 who are not enrolled in high school. Major findings from the report include:

This report from the Western Interstate Commission for Higher Education (WICHE) features original research focused on policy and practice issues related to the recognition of prior learning.

This policy brief from Credential Engine explores how full, open and transparent access to information about credentials and their value can be a crucial element of how states can work to dismantle inequitable systems.

The goal of the survey series is to understand and track the landscape of postsecondary competency based education (CBE) providing stakeholders with a better understanding of the current landscape.